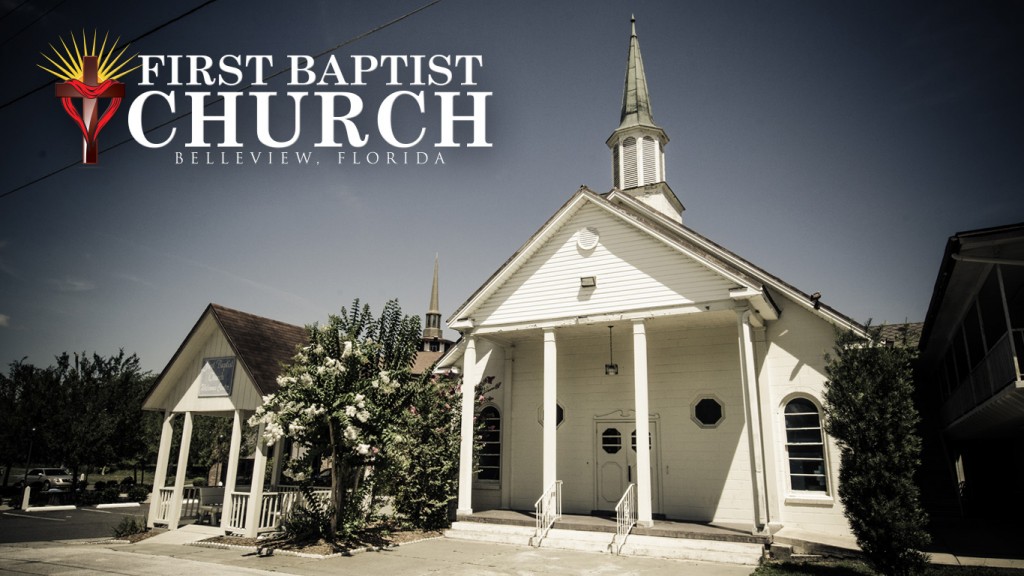 Established in 1884 and in the early days baptisms were held in the lakes and rivers nearby. In the early 1900’s a new wing was added to the church and the choir was formed. Prior to Brother Damon Walker inducted in August of 1967, the church had seen 35 pastors come and go.

The “Little Friends” kindergarten was started in 1966 and the Belleview Christian Academy, which now includes 8th grade, was started a few years later. In 1984 the new sanctuary was built and in 2000 the new Administration building was completed. Subsequently other property has been purchased to expand the grounds. In recent years FBC Belleview grew to be a “flagship” SBC church for missions and church planting Several “missions’ teams” have been sent to various parts of the world including Belgium and Morocco as well as local North American Missions.

This church has been responsible for planting new churches: in 1994 the Sunset Harbor Baptist Church, then in December 2001 the First Baptist Church of the Villages, and more recently the Village of Faith Baptist Church. All in all a wonderful legacy represented in s o many who served the Lord over the years and continue to do so today!

This is a church that seeks to glorify God and you will find a friendly and loving group of people.

“Therefore, since we are surrounded by such a great cloud of witnesses, let us throw off everything that hinders and the sin that so easily entangles, and let us run with perseverance the race marked out for us” (Hebrews 12:1).